God of War is one of my favorite franchises under the PlayStation brand. The series played a huge part in me buying a PS3 as well as a PS4 after the E3 2016 reveal. I had some reservations about the new direction the franchise was taking, but I went into the game with an open mind and these are my thoughts about the new path of the series. I will try to keep the spoilers to a minimum, but there will be some minor ones when discussing the story aspect of the game. 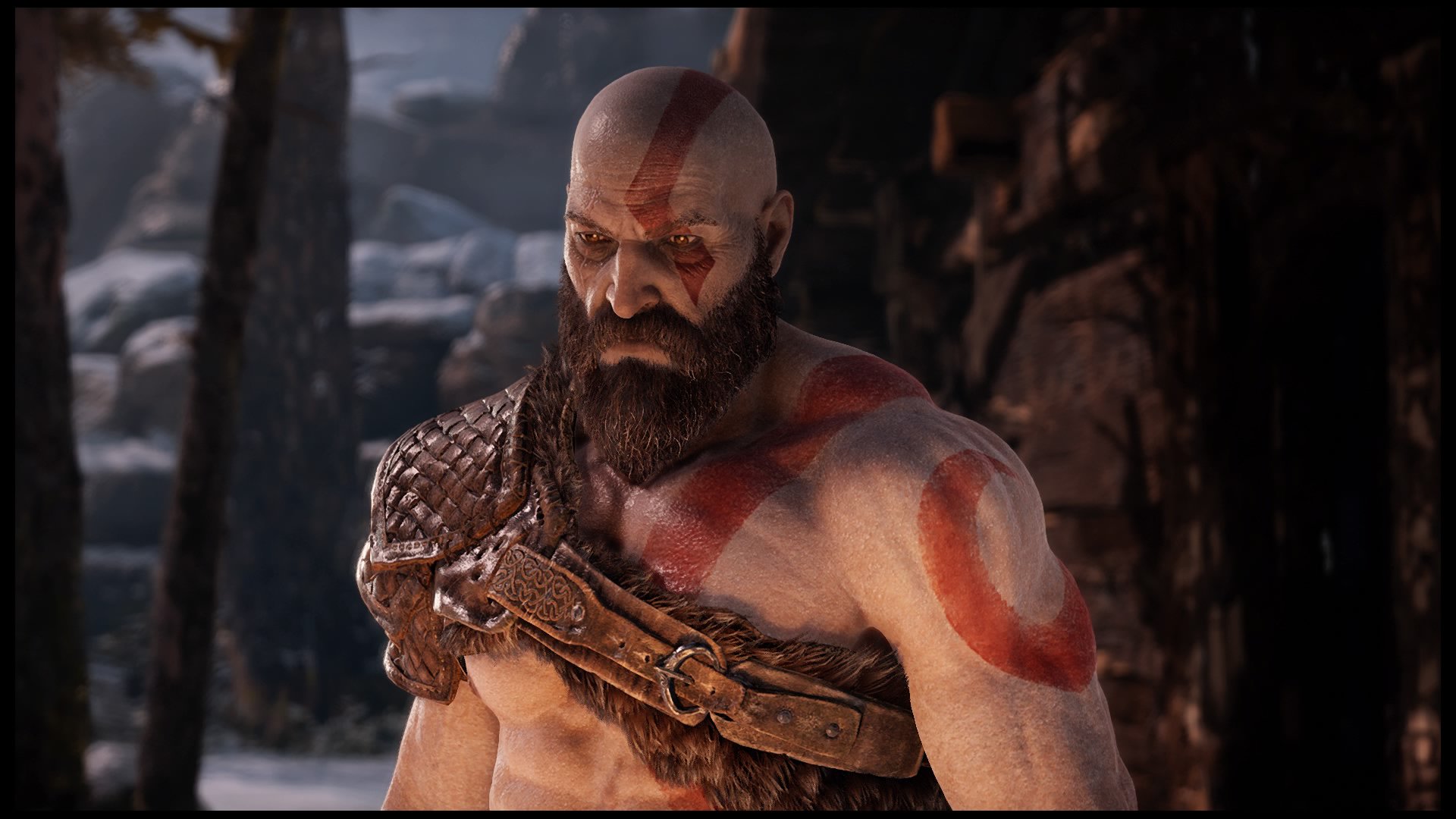 Combat mechanics have always been fluid in the God of War series. Kratos always moved very fluidly and quickly around the screen hacking and slashing whatever enemies got in his way.  Fast forward to 2018, where Kratos is quite a bit older and not quite as agile as he used to be. This did not change the fluidity of the combat at all. While Kratos may not be jumping and darting around the screen like a madman, the combo system feels good and natural. With the introduction of the Leviathan, it’s a departure from the Blades of Chaos but it’s a good change.  I spent the first 20 minutes of the game just throwing the axe and recalling it to get a feel for the weapon. There was nothing more rewarding than throwing the axe into an enemy and freezing them and then going bare-knuckle brawler against another enemy. This, plus upgrades unlocking more combos and runes that you could find to customize your axe with special power moves, made for endless combos that never seem to get old.

Adding to this aspect is your son Atreus who many were worried would be a liability however in tough situations, he is your most powerful tool. With his own separate skill tree, once fully upgraded he can help coordinate some insane combos with Kratos that do staggering amounts of damage. Some enemies even require you to use Atreus to stun them so that they are easier to track down and hit. Atreus can even hold enemies in place, finish off low health enemies and just be a general nuisance to the creatures you face. His AI is very well done and will go down as one of the best sidekicks we have seen in a game this generation. 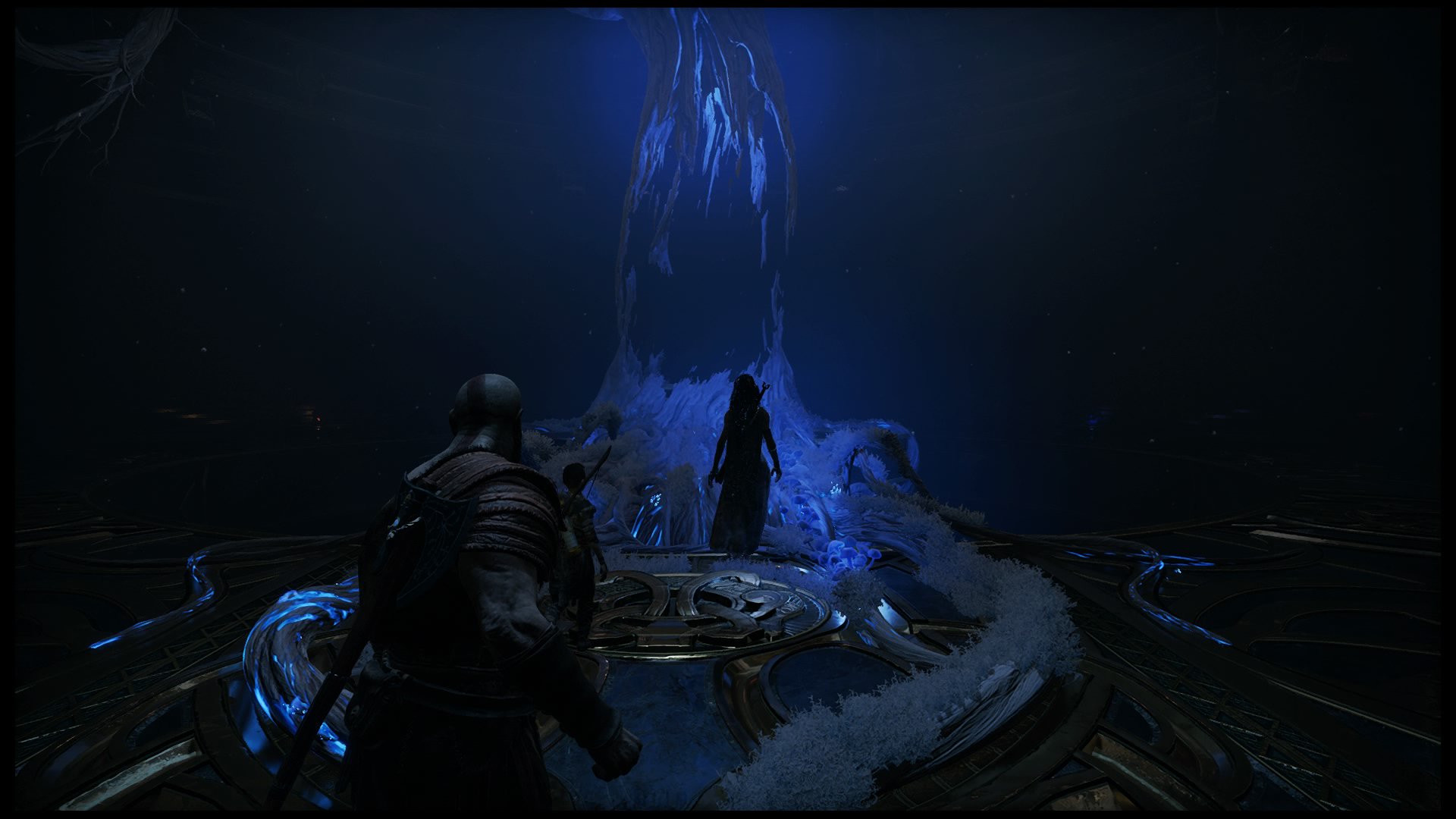 One of the big changes that were introduced to this game was the opening of the world. I would not consider it a full-on open world game. The world map is moderately sized and is loaded with lots of side content with a central hub, where you can travel between the different Nordic realms. When the game breaks open and shows all the different realms it can be a little overwhelming and you can definitely get lost in the side content. However, this is not a bad thing due to the gear that is provided for completing the various tasks, missions and collect-a-thons. Some of the best gear in the game is unlocked by completing side objectives and missions, which when playing on the harder difficulties is an absolute must in order to combat some of the more difficult enemies. God Of War handles all of the side content does not feel repetitive and it pushes side stories that are genuinely interesting to follow. The collectibles and how they were used in the game definitely appealed to my inner Norse mythology nerd. With a wide variety of collectibles that taught you many of the stories about various Norse gods, it helped to increase the general immersion of the game.

Now, I will do my best to keep spoilers to an absolute minimum as God of War has a very deep story with many twists that can be ruined by information unveiled in the latter half of the game. Keeping this in mind, I can safely say that Sony Santa Monica outdid themselves with the story. They have transcended to a whole different level of storytelling that we have not seen from them in previous iterations of the franchise. Kratos has always felt like a very one-dimensional character fueled by nothing but rage and pain, which in previous games worked well.  Unfortunately, with God of War Ascension, many people felt that Kratos would never be able to be anything more than an enraged God.  With the new gameplay came an older and grizzled Kratos with his son Atreus.

We see Kratos be even more closed to the world, in pure denial of his past while trying to make a man out of his son.  The father and son dynamic is very strong in this game, with Kratos wanting to be a good father while trying to not be too soft on his son in order to make him too weak to the harsh world.  With this kind of mentality, Kratos has a vulnerability that we have not seen in his character, as he tries to handle his past while still looking out for his sons future. I honestly believe I have never seen such genuine interactions between two characters in a game in a long time. As your adventure continues through the entire game you face hardships, heartwarming moments, and even moments where you will find yourself being angered by how Kratos and Atreus interact with each other. The attachment you feel to these characters across this 20+ hour adventure can be very intense. The story had me wanting more and more, each time I put down the controller I just needed to know what happened next.  The ending while being a proper ending to the main story, perfectly sets this game up for a sequel.  It is a skill in itself to create a story with a proper ending and set it up for a sequel without leaving a huge cliff hanger.  While there is a cliff hanger at the end, it makes me ten times more excted for the next installment in this franchise.

There was so much done well about the audio in this game, first, off we have to start with the soundtrack.  This game has some very intense and strong emotional moments which are highlighted perfectly with a very Nordic-sounding soundtrack. Predominantly featuring an orchestra with a focus on heavy dark tones, it sets the stage for some of the best moments in the game. They are strong and formidable tracks with enough strength that you hear them, but not strong enough to overpower the dialogue. Overall the perfect blend to complete an already immersive experience.

I had my doubts about the change of voice actor for Kratos. Within five minutes of playing the game, all of those worries quickly faded away as Christopher Judge’s deep booming voice perfectly fits the new older, more grizzled Kratos. That aside, all of the voice acting in this game very well done, with characters matching up to their voices flawlessly, which can sometimes be a hard task to tackle. The pure emotion that pours out at some points through the story is only enhanced more by the ability of the whole cast to deliver amazing performances.  At some points, it was hard to distinguish if it was a cutscene or you were watching a scene out of a masterpiece of a film. One of the hardest hitting audio moments especially if you have a surround sound system was interacting with the giant World Serpent for the first time. The ancient Nordic language it speaks booms through the speakers hitting you square in the chest and really gives you feel for how enormous the giant serpent is. 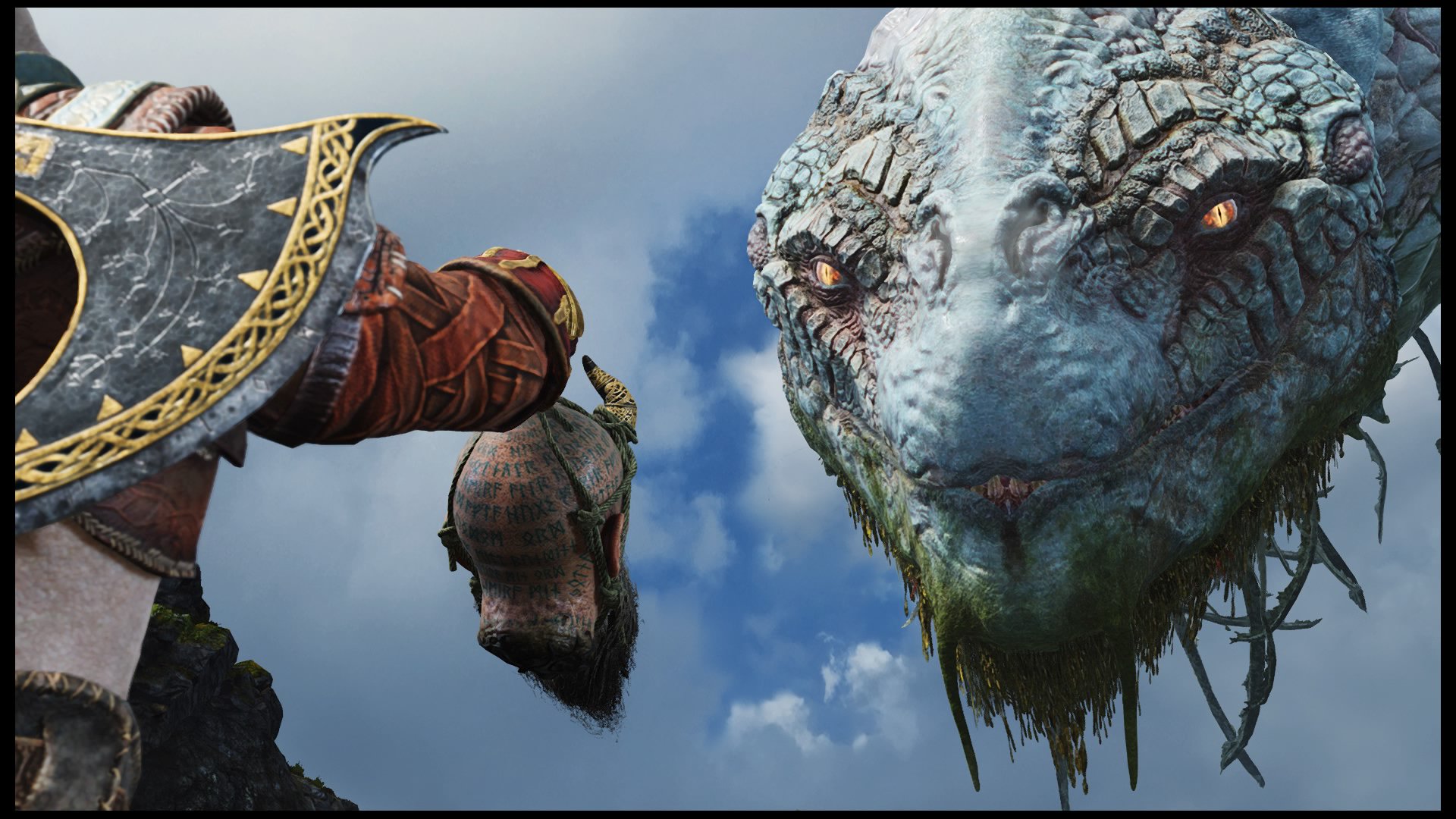 After seeing Horizon Zero Dawn, I had many doubts that there would be any game that could visually surpass it until Death Stranding or The Last of Us Part 2 released. However, I have been proven wrong as God of War is an absolute graphical showcase for the PS4 and what even the base PS4 Slim is able to do.  The game is absolutely seamless, with lack of load screens or transitions between gameplay and cutscene. As one of the first games to pull this off in a semi-open environment it is absolutely stunning and I hope more games going forward are able to pull off this feat. With each realm in the game having a different theme, it created some of the most gorgeous landscapes that we have seen in a video game this generation. The level of detail at times was just astonishing, whether it was the wind blowing through Kratos’ beard, or leaving tracks in the deep snow with each individual footstep creating a different mark. It is mindblowing that Sony Santa Monica was able to put this much detail into an open world style game. 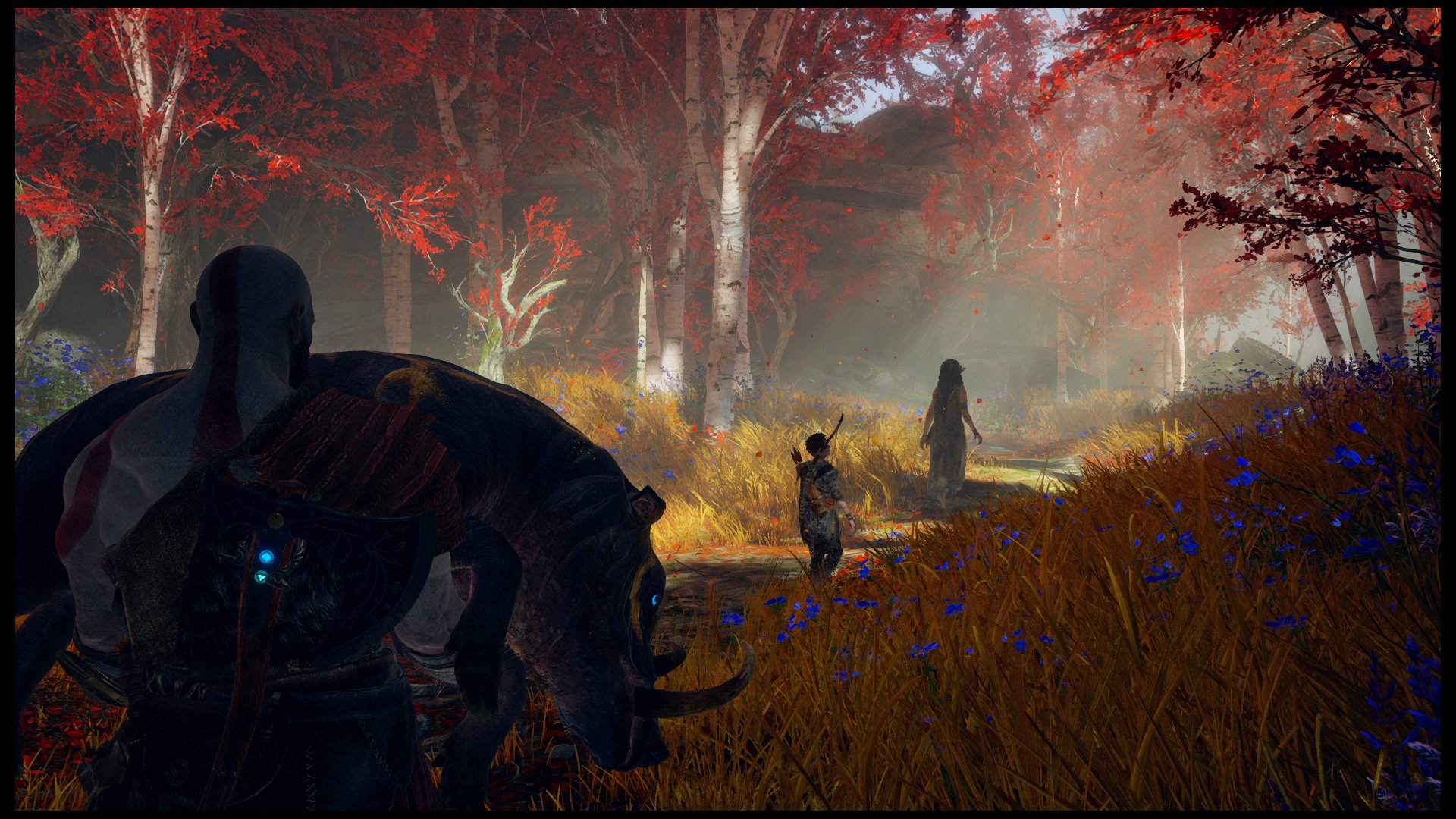 To wrap things up, God of War is one of the best games that I have played this generation and truly catapults Sony Santa Monica into the upper echelon of storytellers with the likes of Naughty Dog.  If you have a PS4 and don’t have this game, do not miss out any longer as it is a must-play in so many different aspects. I had high expectations with this game going in and I have been absolutely blown away by it, and cannot wait to see what Cory Barlog and Sony Santa Monica studios do next. Congratulations to them on the success this title is finding so far!

Red Wings: Aces of the Sky Review – Not quite a Crop Duster or a Flying Ace

FIGHTING GAMES RETURNING BIG TIME: GOT TO PREVIEW THE KING OF...

Undead Labs Dev: “The Landscape Is Entirely Changed” Due to Microsoft...

ABOUT US
Ticgamesnetwork a gaming new site developed by gamers for games. The latest news in gaming, anime and entertainment. Bias free news, in-depth interviews and real opinions.
Contact us: [email protected]
FOLLOW US
© MEEG MEDIA 2022

FIGHTING GAMES RETURNING BIG TIME: GOT TO PREVIEW THE KING OF...